Where To Eat Now: The Roadhouse Boulder Depot 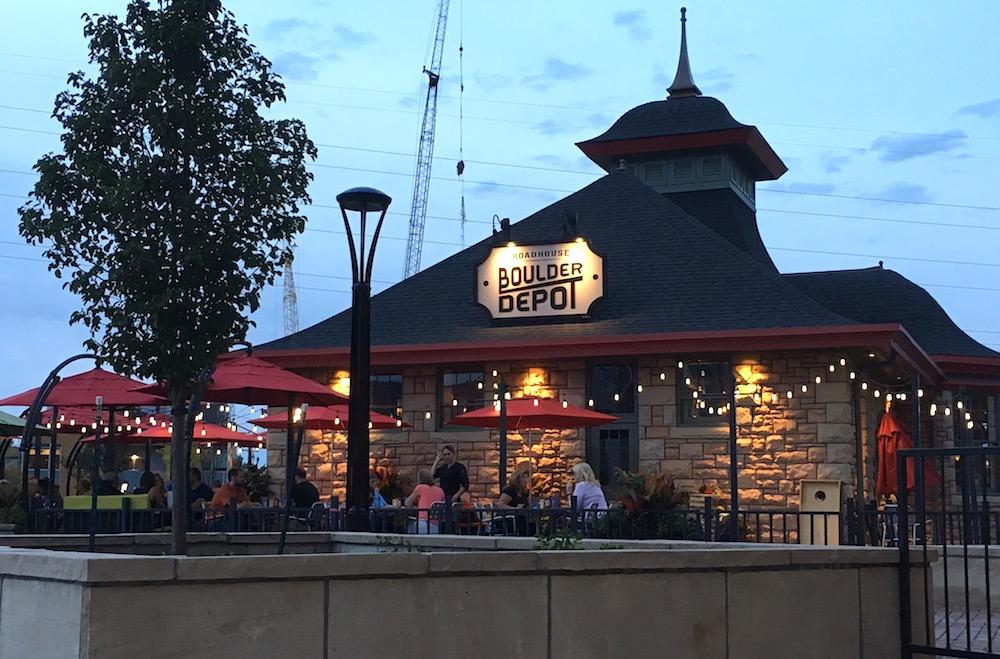 The Boulder Depot is nothing new. In fact, the building dates back to 1890 when it functioned as a train station at 14th and Canyon. But by the mid-1950s, train transportation had taken a back seat to the illustrious automobile, rendering this particular depot increasingly less useful. By 1973, the building was slated for demolition. That’s when one of Boulder’s founding families, the Jaycees, came to the rescue; by orchestrating community fundraising, they were able to purchase the building and move it to the PowWow Rodeo Grounds east of downtown. For decades, it functioned as an event space and concession stand, until the Roadhouse Hospitality Group proprietors, John and Dan Shipp, purchased it, moved it to its current digs at Pearl and 30th, and lovingly renovated the space to reflect both the depot’s history and its new life as a forward-thinking, Boulder-centric eatery.
Design

While relatively small, The Boulder Depot space is impressively dynamic. The main level features nooks and crannies, dotted with local artists’ craftwork—like the iconic caged lights dangling above—and restored elements from the original depot, including sprawling walls of stone and, in a cheeky nod to the past, railroad tie tops on the bar’s beer taps. The small but mighty kitchen, meanwhile, tucks into the far corner, churning out thin-crust flatbreads, salads, apps, and burgers galore.

Downstairs, The Depot offers a bit of a surprise—a private dining space for 60 or so. With its own bar and an alcove for game-watching, its the perfect spot for a range of occasions. They’ve even been known to host anniversary parties for weddings that took place at The Depot in the “PowWow Era.” All along the walls on both levels, guests will see remembrances of the days of yore; from newspaper clippings of the Jaycees renovation in the ’70s to the more recent remodel, these moments in time anchor the history of The Depot that has never been—and never will be—forgotten.